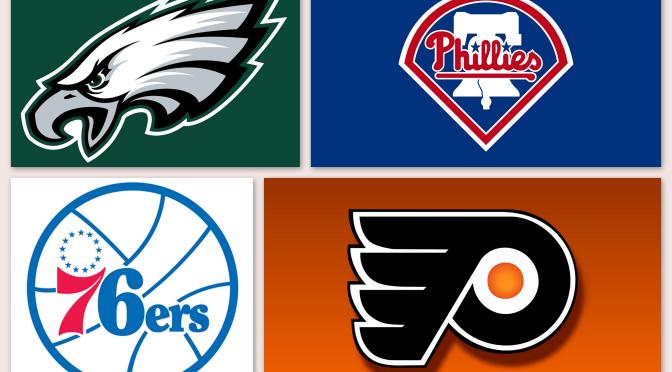 Last week, the Law Dog made his debut with The Top 10 Reasons You Should Hate the New England Patriots. It went over with such success that I asked him to become our official list guy, kind of a David Letterman meets sports if you would.

What makes Ryan so funny to me is not only his innate ability to make fun of others, but an ability to laugh at himself. Like he does this week in exploring why it has been so hard for him to be a devout fan of Philadelphia sports. So sit back, relax and understand why the last few years of The Law Dog’s life have been borderline torture.

I’ve been a diehard Philly sports fan for 30 years.  A lot of highs: 4th and 26, Hextall scoring goals and attacking people, Iverson stepping over Lou and Halladay’s postseason no-no to name a few.  But the lows far outweigh the highs.  One championship (thank you 2008 Phillies!) in 30 years when you are a top market with franchises in all four major sports is not good.  No matter how low it’s been the last 30 years, nothing compares to what it’s like being a Philly sports fan today.  It’s brutal.  The worst I’ve ever seen it.  Here are 5 reasons why…..

The Phillies ownership aside (they are new, and we aren’t talking GM’s yet), the owners in this city have failed us.  I can tell you how a conversation with each of them would go if asked why their team is so bad.

–The Sixers are really terrible these days, huh Josh?
“Yea, but how bout them New Jersey Devils!” – Joshua Harris, Owner of the Sixers AND Devils.  Wait… WHAT?!

–The Eagles are really terrible these days, huh Jeffrey?
“Yea, but did you see me hanging out with Bradley Cooper at the game?  He’s so cool.” – Jeffrey Lurie, Hollywood big shot who owns the Eagles only because the Patriots were already taken.

–The Flyers are really terrible these days, huh Ed?
“The Flyers are very successful.  Now please excuse me.  I only have 5 minutes until Matlock and I haven’t even had a chance to eat my pudding snack.” Ed Snider, Owner of the Flyers who says the Flyers are successful because he thinks it’s still 1975.

Since the Phillies got a pass in number 5, the entirety of number 4 will be dedicated to the man that ruined the Philadelphia Phillies…one Ruben Amaro Jr.  I don’t even disagree with every move Ruben ‘The Total Package’ Amaro made (google that for a funny Curt Shilling story).  But a few good decisions have been trumped by incredibly terrible ones.  Worse was his ability to evolve.  I know as much about sabermetrics as Johnny Manziel knows about laying low for a while, but I do know that these nerd stats play a role in player assessment.  Ruben Amaro refused to acknowledge sabermetrics during his entire tenure.

Let’s review that tenure, starting with the year prior to him taking the reins from Hall of Famer Pat Gillick.

-2015 – Finished with the worst record in baseball

Yep….got worse every year. Not convinced? Check out who he got in the Cliff Lee trade to Seattle that broke up the Roy Halladay, Cole Hamels, Lee, Roy Oswalt and Jamie Moyer staff with Brad Lidge as the closer. I have no doubt they win the World Series with that staff in 2010. 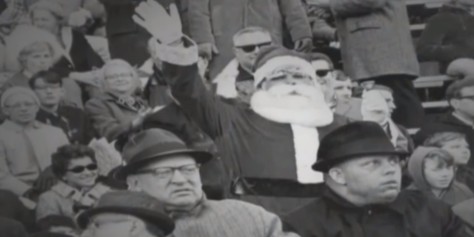 3. The national media continues to rip the Philly fans as worst in the country, and it drives me crazy!

For every one of you that instantly thought about Santa Clause and snowballs, go to a mirror and look at yourself.  Are you there?  Ok, now punch yourself in the freaking face.  I’m so tired of this story.  People hear this tale and immediately picture some local mall Santa coming out on a huge sleigh with little elves dancing around and Eagles fans firing snowballs at him with one hand while chugging peal top Schlitz’s with the other.  It’s not at all what happened.  Here is a quick breakdown….

A.  An Eagles loss guaranteed the 1st pick of the draft the following year.  The Eagles were terrible, but somehow had a large lead at halftime.  Is it wrong to root against your home team?  99% of the time, yes.  When you have a chance to get first pick….not at all.  So the fans were pissed.

B. The Eagles did book a local mall type Santa for halftime, but he never showed.  In a last ditch effort to save the previously announced visit from Santa, some team official saw a guy in the stands wearing a Santa coat and hat and without even a single vetting question, threw him onto the field and told him to wave.

C.  The guy was completely wasted, looked nothing like Santa and even fell over a few times.  Once that happened, the fans did boo and throw a few snowballs.  That’s the story people.  The Eagles ended up winning the game, losing the first pick to Buffalo.  They got the third pick instead, taking Leroy Keyes.  Who?  Exactly

I’ve read stories about fans getting shot in Dallas, stabbed in San Francisco, beaten to death in LA and those stories last that day’s news cycle and are forgotten.  But I get it….throwing a few snowballs at Santa is way worse and should last all of eternity.

At this point you are probably wondering who Buffalo took with the first pick.  I’ll give you three hints.  He rushed for 2,000 in 14 games, went to the Hall of Fame, and “didn’t” stab two people to death.

We in Philly seem to be stuck in some kind of holding pattern with our teams.  Whenever we question the validity of talent, coaching, executive decisions or ownership, we are met with the same phrase over and over….”Trust the process”.

I’m going to start using this any time I’m asked about anything that I need to get out of.  “You didn’t do the laundry?”  Trust the process, honey.  “What are your actionable plans for hitting your 4th quarter budget?” Trust the process, boss.  “Your daughter punched another student in class and ate an entire container of glue, then called me stupid!” Did that other student bring up Santa and snowballs?  No? Ok…then just trust the process, Ms. Teacher.

Even though the Sixers executives coined this phrase to some extent, all the Philly teams seem to be preaching it in one way or another.  The Phillies are saved!  They are changing the grass on the field from Bermuda to Blue Grass! #trusttheprocess.  The Flyers have scored less goals than any other team in the league, but that Hakstol is a visionary! #trusttheprocess.  The Sixers  lost the most consecutive games in the history of sports, but Dario Saric is killing it in Turkey! #trusttheprocess.  Ownership continues to support the Chip Kelly leading, smoothie drinking, sleep monitor wearing, Riley Cooper employing, woefully underachieving Eagles…….but remember that culture always beats scheme!  #trusttheprocess

1. The Sixers are widely considered the team in Philly to contend for a championship before the Eagles, Flyers and Phillies.

Of course they are.  I get that feeling every time I watch them.  Its times like this I wish there was a sarcasm font.  On a serious note, Jahlil Okafor is an absolute stud on the court.  His footwork, to score inside and out, and ball handling skills are out of this world.  As long as he stays out of trouble he is a sure fire Hall of Famer.  All he has to do is avoid those obvious traps like clubbing after midnight when you are under age, responding to hecklers, knocking out hecklers, driving 108 mph over a bridge, getting a gun pulled on you……just avoid that kind of stuff and you will reach for the stars Jahlil.

Wait.  Why are you looking at me like that?  Did something happen with Jahlil?  NOOOO!  Keep an eye out for the next Top Reasons post.  Topic is top ten police reports involving Jahlil Okafor.