I don’t know who Angelo Cataldi is. I have never heard him speak anywhere, and certainly not on the Philadelphia airways. SBJ knows who he is — and while I can’t agree or disagree with SBJ —  he’s clearly not happy with him. So much so, that he is questioning his entire allegiance to his favorite football team. In this week’s rundown, SBJ ponders life as an Eagles fan while still coming at you with his daily dose of what went right and wrong in last week’s prime time games. Without further ado… take it away Sportsbook Jesus.

The Week 11 NFL Rundown by SBJ

Well, I’ve had a lot to think about regarding the state of my Philadelphia Eagles since my last post. Within 90 hours, they allowed 90 points and I couldn’t be more dumbstruck.

The only thing I asked to receive for my birthday and Christmas this year was to take my father, brother and cousin to the primetime home game against Washington.  I truly believed a month ago that winning that game the day after Christmas was going to be the victory that won us the division and sent us to the playoffs.  Now it’s as if I hold four tickets to a 2016 preseason game, where I’ll be pointlessly freezing my ass of to scout third string talent.  Thanks, Santa!

I usually enjoy coming back home to the Philadelphia area for Thanksgiving.  It gives me a chance to sit down with my father and brother, to get the collective pulse on the hometown vibes regarding the team.  With three straight losses to the Dolphins, Bucs and Lions, this meeting was long overdue.

My brother told me that following the Bucs loss, Chip Kelly did an interview with the 94WIP morning host Angelo Cataldi, that he knew would make my blood boil.  Apparently, during that interview Cataldi proclaimed, “I’m not sure I’d be worse than 4-6”, if he was the Eagles head coach instead of Kelly.  Once I heard that, I made the decision that my last day as an Eagles fan will be December 26th, 2015.

As an Eagles fan, if you don’t know the Philadelphia sports radio cancer that is Angelo Cataldi, then you are probably a transplant fan with a much more optimistic view of the birds.  Trust me, if you tuned into Angelo on a weekly basis, the negative pollution he spreads through the city’s airwaves would leave you decimated of any and all hope of ever seeing a Super Bowl parade down Broad Street.

At one point, it got so bad during the NFC Championship runs under Andy Reid, I genuinely adopted the belief that Cataldi was a covert New York Giants fan employed by a Giants fan Viacom program director to deliberately spread negativity, doubt and hopelessness through the streets of Philly on a regular basis.  That’s not me trying to be comical, by the way.  I seriously have yet to rule out that Giants fan conspiracy theory as my core gospel truth.

Bottom line, I’m done.  It pains me to no end to say this, but I am.  Cataldi has hexed this franchise with his “so-called” fandom since 1990, and it looks like he’s signed through the 2017 season, at the very least.  So that’s it for me.

This is basically the inverse of the scene in “Hoosiers”, where Jimmy Chitwood saves Coach Norman Dale’s job.  Instead of threatening to leave the Eagles fan base, if Angelo is taken off the air…I’m essentially saying, “Either he goes, or I go.”

I’m sorry.  I really am, Philadelphia.  But I won’t be apart of this organization, as long as that cursed hack is poisoning ears all across the Delaware Valley.  We will never win a Super Bowl with that kind of negativity continually bringing us down, into a collective “gloom and doom” mentality.  He knows EXACTLY what’s he’s been doing for decades.  He doesn’t care about the success of the Philadelphia Eagles.  He cares about ratings.  Angelo has been selling us this placating support to the people for generations, like a lethal virus.  I won’t stand for it any longer.

We will NEVER win a Super Bowl with Angelo Cataldi on any Philadelphia media outlet of any kind.  If he truly was an Eagles fan, like he falsely claims to be, then he’d retire and spare this city of his constant misery.  He’s a plague to this team.  Anyone who supports his morning show by giving him ratings is a Giants fan, and doesn’t even know it.  Sorry.  That rant has been brewing for decades.  You should be ashamed of yourself WIP.  You haven’t aired a decent show since the late great Steve Fredericks was paired with Mike Missanelli.

I’d like to say it’s been fun Philadelphia, but it hasn’t been.  I feel like I finally mustered the courage to finally get out of an abusive relationship.  I’m not going to waste another year of my life cheering for a team that has a self imposed sports talk hex on it.  Angelo will never ever ever let you win, Philadelphia.  Keeping you all negative, hostile and fighting amongst yourselves is precisely what he wants in terms of the ratings whore that he is.  He’d sell your Eagles souls for a bump in his shares.  If you support that show, you are a flat out sucker, and might as well get yourself a Giants jersey.

Keep me posted on Angelo’s third year option, Philly.  I’ll see how I feel about giving you another chance, once you wake up.  Poor saps.  You all actually think you’re tuning into a Eagles fan on WIP, don’t you?  Boy, that man has been taking the City of Brotherly Love to the cleaners for far too long, and this Philadelphian has had quite enough.

I’m organizing my own “Dirty 30” to boo outside of every future Eagles home opener that kicks off a new season with Cataldi still on the air.  Anyone who listens to that cancerous show supports the demise of the Philadelphia Eagles, whether they know it or not.  Fact.

Just having written all of that, I feel a huge sports rooting burden has been lifted from my battered soul.  I’ll be listening to offers from other teams starting December 27th.  Early front runners are New England, Seattle, Carolina, Dallas, and the Wayniac’s Houston.  I will also not rule out taking any and all bribes.

Down 14-7 at the half, I wasn’t rattled at all.  I knew the Cards would have no trouble turning it up a notch, in the second half.  Next thing you know…boom, boom, boom.  21 unanswered.  28-14 Arizona with a minute and a half left in the third quarter?  This was cake. 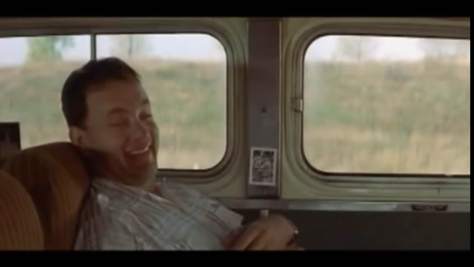 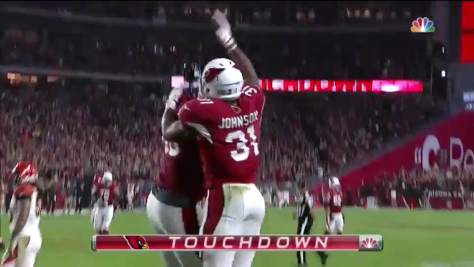 I felt euphoric.  Sure, another touchdown by either team, with a quarter to go, would ruin the chance of a 3-0 night, but my CARDINALS -3.5 was a total lock.  I turned off the game, and went straight to bed.  That’s the level of confidence I had that this was, at worst, a 2-1 night.  Then I woke up Monday morning, and checked the box score.

Man, you Cards just loooove making me look bad, huh?  I take you to cover against Baltimore…you blow it in the shadiest way possible.  I pick against you at Seattle…you show me up.  I take you to cover, again…you blow it again.  You are definitely the most passive aggressive team I’ve ever relied on in years and you are currently at the top of my s- list.  You guys owe me big time.  Embarrass me again in a national game and I’ll make sure you never make it out of the divisional round this year.  That’s not a threat…that’s a fact.  Dead serious.  Screw me over again, and you don’t even sniff an NFC Championship Game appearance.  We understand each other?  I hope so, for your sake. 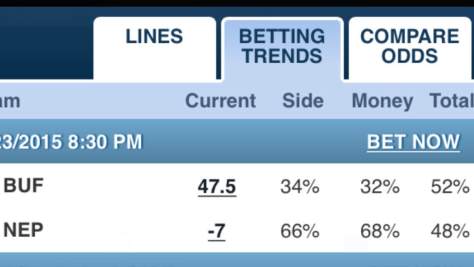 I really enjoyed taking the Bills moneyline in this game, because I could tell it really set Brady off to maximum “Pissed Off For Greatness” levels.  My pick rubbed him the wrong way to such an extreme extent he decided to teach me a lesson by giving a guy named White his first two career touchdowns.  Well played, sir.  Well played, my good man.

Don’t worry, Tom.  I’m not picking against you next week.  In fact, I need you to do me a favor.  I want you to destroy this Eagles team.  I want you to drop 60+ on that Cataldi cursed franchise.  Just rip them to shreds for me, will ya?  Give them a taste of what they’ve done to me since I was ten years old.  Read them the eulogy of my Philadelphia fandom, and then hold me a seat at Foxboro, ok?

Still can’t believe I bought a DeMarco Murray jersey for my birthday last week, and they don’t even know how to use him correctly.  What was I thinking?  I’m so emotionally spent with this infected franchise.  I’ve just been such a blind fool for way too long.  Time to take control of my life, once and for all.