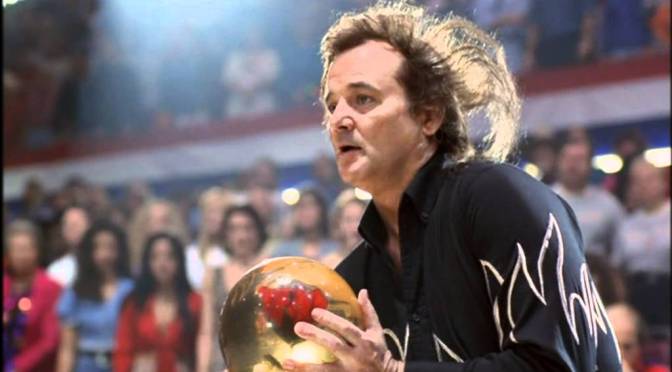 Major League Baseball has a rich history of two sport stars. Some were as big as Neon Deion and Bo Jack, others — like Brian Jordan — didn’t steal the spotlight, but were still impressive. Since Henson hung up the baseball cleats back in 2004, the art of the two-sport superstar has all but disappeared.

Mookie was not just one of the Red Sox top prospects a few years back, but one of the most highly touted prospects in the MLB. This past season — his first full in the bigs at the age of 23 — Betts blew up and showed that he was everything that people projected he would be. He slashed .291/.341/.479 with 18 home runs, 77 RBI, 92 runs scored and went 21-for-27 in stolen bases. When he wasn’t dazzling at the plate, he was robbing home runs becoming one of baseball’s premier center fielders.

Here he is robbing NL MVP Bryce Harper of a dinger:

Betts will be in Reno, Nevada for the Professional Bowling Tour’s official World Series… in National Bowling Stadium of course. This year, they opened the competition to qualifiers outside of PBA membership and Betts — a former high school bowling team member who rolled a few perfect 300s (according to himself) in his career — is looking to make his mark.

The championship is a grueling tournament that goes from December 7 to 19, that includes… well, quite frankly, I don’t know what the heck is going on. Animal pattern events? Match play?

Q. What is the format for the Cheetah, Viper, Chameleon and Scorpion Opens?

A. The format for WSOB animal pattern events for 2015 will include a nine-game qualifying round with a cut to the top 24 for best-of-five-game single-elimination match play rounds. The top eight qualifiers will receive a bye to automatically advance to the second match play round. Match play will reduce the field in each event to four semifinalists. The four ESPN-televised animal pattern finals will include two one-game semifinal matches with the two winners bowling for titles.

Q. What is the format for the PBA World Championship?

A. The top 25 percent of the field after a composite total of 36 games of animal pattern qualifying rounds will advance to the 6-game cashers’ round. The top 24 after 42 games advance to the 24-game round robin match play finals (three eight-game rounds) for the PBA World Championship. The top four after 66 games will advance to the live ESPN finals scheduled for Thursday, Dec. 17 at 7 p.m. ET (4 p.m. local time). (Courtesy of PBA.com)

Honestly, I don’t care if he was entering the National Tiddlywinks Championships… we all love the two-sport superstar. When the athlete is superior in two sports, it is even more fascinating. I’m not saying Betts will captivate the nation like Bo Jackson did — I mean, seriously, will anyone ever capture the nation’s attention like this guy?

Or how bout this one?

Sports have become so generalized and concerned with injuries, you can’t fault athletes for not wanting to be two-sport superstars like the glory days. We were robbed of arguably the greatest athlete of all-time when Bo Jackson went down, so I don’t blame anyone for wanting to focus their energy — and health — on one sport. But I loved those stories growing up. Neon Deion playing in the World Series for the Braves and then going to return kicks and picks across town for the Falcons? Are you kidding me?

Anyone remember this? This was the single greatest moment in two-sport superstar history:

So, good luck, Mookie. As a Yankees fan, I can only hope this is your only trip to the World Series in an (what should be) exciting career.