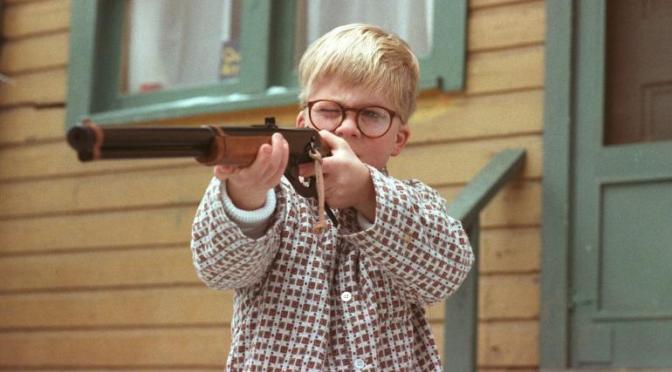 “Our goal was to come out here and make the Red Rifle look like a Red Ryder BB gun,” J.J. Watt said.

It seems people have taken great exception to this quote. Some of my friends have called Watt a punk for his statements. He made Andy Dalton — the Red Rifle in question — very sad after the game, which in turn made me laugh.

Can we lighten up a bit here, folks?

Let’s not get all up and arms because Watt made a comment on national TV that made an MVP candidate look like a silly children’s toy from everybody’s favorite 24-hour Christmas story aptly named A Christmas Story. It has Dalton’s feathers all muffled.

“I am disappointed in him for the integrity of this game,” the Bengals quarterback said. “I have a lot of respect for him. He’s a really good player. And so there’s a lot of kids and a lot of people that look up to him. And for him to make comments like that, it just shows that it’s acceptable to do that kind of stuff and say that kind of stuff. So I mean, it’s disappointing for one of the best players in this league to come out and say something like that.

“I think J.J. is a good player but for him to be one of the best in this league and just show that integrity and show that type of — you know it shows what he’s about, which is disappointing.”

Now some of you are upset that he talks a bit of smack? You are upset that EVERYONE (you included) didn’t give my Texans a chance last night, while I walked around work telling my Bengals-loving manager he better take the week off because I will not relent when we show America who the Bengals really are on Monday Night. No one thought the Texans would win last night, and certainly no one thought that they would do so by holding one of the NFL’s top offenses to two field goals. 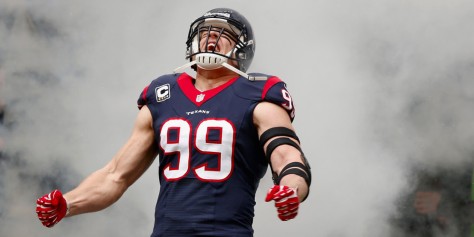 Remember when Richard Sherman went off in that playoff game? Remember how everyone called him a thug? Remember how 15 minutes after his “tirade” on Erin Andrews I wrote how he became my favorite player that doesn’t wear the Rebel Red? Sherman, like Watt, is an entertainer.

This is the NFL. It isn’t Mr. Rogers Neighborhood. You can’t expect a 6 foot five, 288 pound monster not to talk some smack when he shuts down the player that everyone is calling an MVP candidate for an undefeated team. It’s not always going to be unicorns and rainbows, and let’s face it folks, what J.J. said is not really that offensive.

Would I be angry if someone said something like that about my Texans? Of course I would, but I wouldn’t talk about how he is ruining the integrity of the game. I would want the Texans to ante up and shut up whoever said person was the next time they played. You know, something Andy Dalton has yet to figure out how to do?

Really Red Rifle, really? You know what J.J. was doing before the game? He was standing on the field chucking footballs to fans in the upper deck… on YOUR turf. Where were you?

Nobody gives back to the fans like J.J. I’m not talking about charities or charitable foundations, as I know that Dalton does have a very admirable charity. I also know Dalton is a good guy, I like Dalton. I actually have thought he was always better than he played and often blamed the Bengals for not giving him the tools to succeed. What I am referring to is the random news bits you often see on J.J. (who also has his own charitable foundation) showing up to a random fans birthday party for example. Or this story, about how he drives around Houston on his nights off, looking for fans to say hello or take a picture. No wonder everyone in Houston wears a Watt jersey.

Watt has more class and integrity in his pinky than most of the players in the NFL. He has never been called a cheater, he has never been suspended for dirty play, and he has never done anything but leave his heart on the field… and the streets of Houston.

The Red Rifle is a terrible nickname in the first place. The Red Ryder BB Gun is a terrible play on the nickname. If I was Andy Dalton, I would be more upset that not only did I lose to the Texans once again in a prime time nationally televised game, but that my boy T.J. Yates is now 3-0 against you. That is a fact people, I am not talking trash.

In breaking news, Roger Goodell has promoted Greg Hardy to ambassador of the NFL while suspending J.J. Watt the remainder of the season for ruining the integrity of the game.

One thought on “The Texans J.J. Watt, a Red Ryder BB Gun and an overreaction”