Well, you won’t have to worry about me writing about that abomination in the Bronx last night. All I could hear in my head was good ol’ Harry Doyle: Three hits? We got three damn hits? 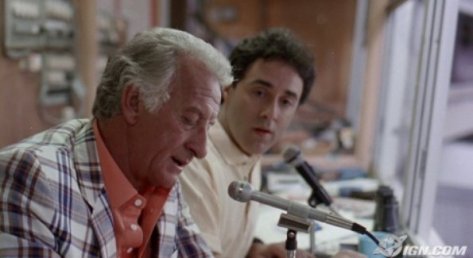 The New York Yankees season is over, and while some big strides were made, they have a lot of work to do. A lot. Do you realize that close to $300-million dollars sat and watched that game? Jacoby Ellsbury, Mark Teixeira and C.C. Sabathia are all $100-million men, and Ellsbury saw one inning of play. Money well spent, guys. But like I said, the Yankees season has come to an end.

So has the career of one of the best pitchers of his generation. And quite honestly, I don’t think he got anywhere near his fair credit or fanfare. He may not have won any Cy Young Awards, but Tim Hudson was certainly atop his game for a long time.

Personally, even as a Yankees fan, I loved this guy. Part of the original Big Three in Oakland, Tim Hudson, Mark Mulder and Barry Zito took the baseball world by storm. While the early 2000 Oakland Athletics are more remembered for Billy Beane and his innovative Moneyball theory on offense, those three anchored a pitching staff that went to the playoffs four years in a row and remained a thorn in my Yankees side every year.

As I said, Hudson would never win a Cy Young, but he would win a lot of games. In his six years by the bay, Huddy would compile and amazing 92-39 record, including a league-leading 20-win season in his SECOND year. The As would trade away one of their winningest pitchers of a franchise laden with great pitchers to Atlanta for big names Juan Cruz, Dan Meyer and Charles Thomas.

Hudson’s role would change once at Turner Field. Instead of being a part of a young uprising, he would become the veteran presence and form an admirable 1-2 punch with Hall of Famer John Smoltz atop the rotation. Let me tell you this. As someone who has lived in Atlanta, EVERYONE here loved Tim Hudson. In 2010, he would become a legend.

The Atlanta Braves were on a four year playoff hiatus, which after their run in the 1990s and early 2000s, is pretty unthinkable. Hudson missed a majority of two of those seasons recovering from 2008 Tommy John surgery. He was fueled up and ready to go in 2010, entering the season as the ace of the Braves rotation.

The Braves were known for three things after Dale Murphy left town: the Jones boys, sick pitching and Bobby Cox. 2010 was Bobby Cox’s last season, and Huddy turned in arguably the best year of his career to revitalize the Braves team and surprisingly lead them to a playoff spot.

I worked at Turner Field that season and their was an electricity in Tomahawk Country that had disappeared over the years. 34-year old Hudson would go 17-9 with a brilliant 2.83 ERA bringing home the NL Comeback Player of the Year Award. Every time he took the mound, fans would get amped up, because the Braves chances of losing were extremely slim.

The Braves would be ousted in the first round of the playoffs that year, but to no fault of Huddy as he hurled seven innings not allowing an earned run in his lone start.

Hudson finished his career in style. Pitching for the San Francisco Giants, a year after finally winning that first World Series ring, Huddy squared off against his Oakland As who fittingly sent Barry Zito to the mound. The Big Three would throw out the first pitch together. While the bay area sent Huddy off in style, I feel like he didn’t receive enough recognition from the MLB.

Now, Huddy isn’t a Hall of Famer, but after watching two years of the Mo and Jeter Farewell Tours, I feel like Huddy deserved more than a cool finish by the bay. Look at his accolades for crying out loud:

Again, not Hall of Fame credentials, but certainly deserving of a little farewell tour. I don’t think this is the last we see of Huddy. The way that the Braves players admired Hudson (and I’m sure the guys in San Fran did as well), he has future pitching coach written all over him (spending two years with Dave Righetti has undoubtedly prepared him).

So allow the Wayniac Nation to say thank you, Huddy. Thanks for an exciting career and playing the game the way it should be played. Fare thee well, and see you in a bullpen soon!