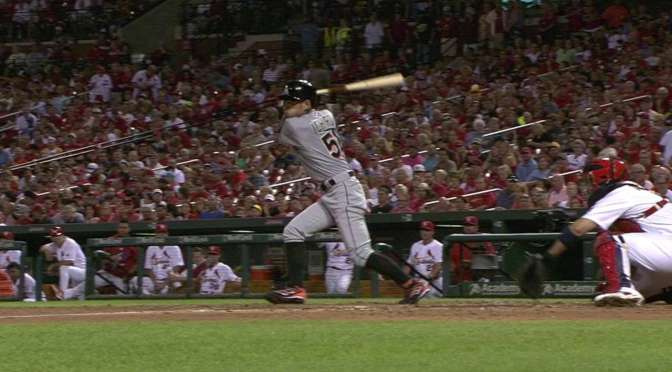 If you don’t know by now, Ichiro Suzuki — arguably the best natural hitter in modern baseball — tied Ty Cobb with his 4,191st hit this past Friday. If you are not on social media (why you aren’t following @UofDWayne on Twitter or thewayniac on Instagram by now is astonishing, so do it!) you probably aren’t aware of the backlash that Ichiro’s seemingly innocent single off of Jaime Garcia has created.

The outcry, of course, was that the first 1,278 hits of Ichiro’s illustrious career came in the Nippon Professional Baseball league. Is Ichiro second all time in hits in the record books? Of course not. If he sticks around and gets to 4,257 — which let’s face it, folks, if anyone can play long enough to accomplish the feat it is the ageless Ichiro — will he be the all-time hit king? You are out of your mind. As my angry baseball fan Holloway pointed out, “nobody leaves the MLB and gets credit for playing in Japan.” (except Julio Franco who has over 4,200 career hits spanning all seven continents!)

No one ever tried to claim that Ichiro will enter the baseball annals as the all time hit king. But that’s how the internet and bloggers took it. “This is an outrage!” some cried. “Cobb and Pete Rose had all of their hits in the MLB, Ichiro got a quarter of his against lesser competition,” those of lesser intelligence boo hooed. “Why don’t we just count Minor League stats if we are going to say Ichiro has tied Cobb,” others countered.

Comparing Ichiro’s accomplishment to Cobb’s legendary number is simply that: a comparison. It is a milestone, and for people to understand how large a milestone it actually was, the MLB COMPARED it to one of their most legendary star’s feats. That’s where it ends.

Most kids today only know that the Beastie Boys have more hits that Sadaharu Oh, but when I was growing up everyone knew who Oh was. His name and his 868 career home runs with the Yomiuri Giants were frequently brought up in casual conversation. MLB’s home run king Hank Aaron (see what I did there?) was never in a race with Oh to get to 715. Everyone knew that. He was chasing Babe Ruth, and he eclipsed Babe Ruth, and that was the end of the story.

Years later, when Barry Bonds was chasing the record, you would hear the, “but is he going to catch Oh?” comments revive themselves. Again, it wasn’t that it would make any difference in the history of MLB, it was simply a milestone. Somewhere out there, someone had more home runs in professional baseball, and whether or not it matters in the MLB, you are out of your mind if you don’t think that catching Sadaharu Oh is in the back of every young slugger’s mind.

That’s what happened here, but in reverse. For young Japanese finesse hitters such as Ichiro, Pete Rose was the marker. Rose’s total is the number EVERYONE chases. It’s funny to me that pointing out Ichiro’s accomplishment has caused such a backlash and concern of one of baseball’s most prestigious records.

Why is it comical? Because Major League Baseball in itself has always had its own problem deciphering its own records. Poor Roger Maris was a victim of his own time. You know, when baseball wanted to lengthen the season to make more money, but not acknowledge any records that were broken. Maris would pass away six years before he would actually receive the honor of being MLB’s single season home run king. That’s a crying shame.

What would happen over the course of the next decade following Maris’s rightful place in the record books? His record would be broken numerous times, but no one wanted to accept those records either, right? These records were set during the Steroid Era. How many of you have a problem with Barry Bonds being the all time home run king? Exactly.

That’s why I personally do care about Ichiro’s recent accomplishment. I don’t consider him part of the MLB’s record books, but that record book is tarnished right now anyway. Baseball’s all time hit leader is permanently banned for life and the all time home run king is a bigger pariah than Alex Rodriguez was. Funny, everyone had a problem with him when he passed Willie Mays this year as well. All of his home runs were hit in the MLB. Another milestone in danger of being broken, another excuse unfolds.

Ichiro is a Hall of Famer. I truly think that he will play long enough to become a member of the 3,000 hit club. If anything, this accomplishment should be used to look at how remarkable a hitter Ichiro really is.

Ichiro’s rookie year was unreal as he led baseball in hits and steals, leading the AL in batting average while taking home the Rookie of the Year AND MVP Award. He became a household name that even his fiercest rival quickly loved for his awkward hitting style and seemingly super hero-esque arm in the outfield. That rookie year, incidentally, was his age-27 season. Rose was a rookie at age 22. By the time Rose was entering his age-27 season, he had 899 hits, or 379 hits less than what Ichiro had in the NPBL.

And that’s precisely why Ichiro catching — and surpassing the next day — Cobb is so important. It is a measuring gauge for a sport that is so highly regarded in its stats and numbers. Ichiro will never officially be MLB’s all time hit king, but one thing is for certain… he’ll have a plaque in the Hall of Fame, while a certain someone else only dreams about it. You can bet on that.