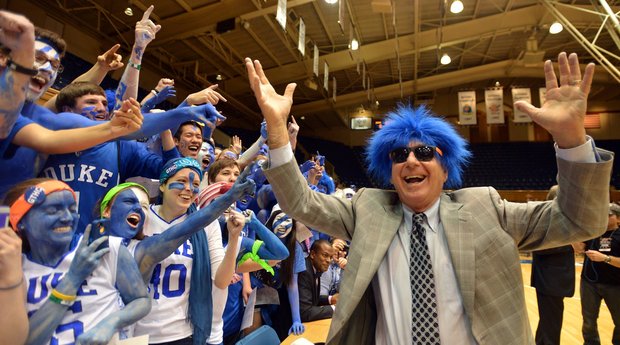 Welcome back Dunton for his first work of 2015 (slacker). Today, as a longtime UNC fan, he looks into life moving forward without Duke enthusiast Dick Vitale behind the mike for the biggest rivalry in college basketball. It’s a new era in college hoops, and someone isn’t happy:

ESPN has announced that Dick Vitale will not be announcing the game between Carolina and Duke. The corporate speak is that Dan Shulman and Jay Bilas, ESPN’s College Basketball Numero Uno Announce Team, will be broadcasting the game. I can get behind the Shulman/Bilas pairing, they are quite good and have risen to the top of the ESPN announce ladder, but there is just something about Dickie V and this rivalry. The bigger picture is that Dickie V is being phased out of ESPN. Whether people want to say it or not, it’s happening. The man will turn 76 this June (you would not know it based on his passion and enthusiasm for the game) and somewhere suits are looking into the future, a future that won’t have Dickie V.

The obvious point here is that Jay Bilas has become the face of a new ESPN College Basketball plan. Bilas is Young Jeezy to Vitale’s Tony Bennett. Just look how Bilas has taken his personal vendetta against the NCAA to the airwaves of late in his bashing of block/charge calls, NCAA hypocrisy, One-and-doners, and countless other diatribes that are perfect in today’s trolling social media society. This is what sports fans have come to expect, some of the controversial talk of the time while a game is going on. Dickie V painted a picture of the game and just the game. Sure, there was an occasional plug here and there, or a shoutout to a super fan recovering from cancer in his continued efforts to support the Jimmy V foundation, a worthy fight that he has done a scintillating and sensational job of continuing in his friend’s honor. 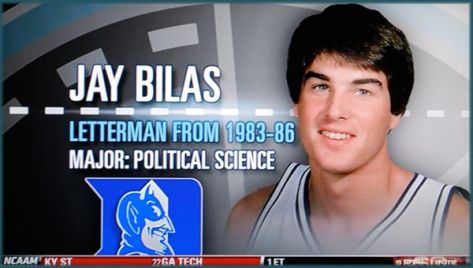 Don’t get me wrong. I am not saying that Bilas is not a good announcer, because he is. His analysis of a game is spot on and the die hard Carolina fan appreciates his calling a “spade a spade”, even when it comes to his beloved alma mater Duke. Bilas knows why zones are effective or ineffective, when a team should trap, the complex offenses that are being run and what recruting in the age of Twitter entials. All of this leads to ratings and Bilas’ style is more today than Dickie V’s enthusiastic rants of the 90s and early 00s. People may in fact be done with these and that is the sad truth of today’s live sports. Bilas is live streaming whereas Dickie V is cable television, and we as a society have moved on. We want information not stories. We want the breaking news and why the star player has been suspended, we have moved past the cute story about the top recruit and his mom.

It’s a shame that it has come to this but this is the sad truth of sports today and even sadder for College Basketball. This move by ESPN could indeed be a microcosm of the College Basketball world itself. The super conference, the coach who has a larger sneaker contract than his salary, and the fact that we have access to every tournament game across four networks are the realities of today’s College Basketball landscape. All of these are decisions based on the almighty dollar and deep down you know that ESPN’s decision to have Shulman and Bilas call their showcase game of the season can be found on the dollar train as well, next stop Ratingsville.  It’s going to be hard to watch this game for me. One reason is that Carolina is trending down (losing 3 of their last 4) and Duke is trending up (winning 9 of their last 10) but the other reason is that the PTPer of this rivalry for 36 years has been benched. I can still hear Dickie V calling Montross’ bloody foul shot, Stackhouse’s dunk in ‘95, Carter’s almost dunk in ‘98 (I am certain that the roof would have blown off the Dean Dome if that dunk goes in), the Hansbrough 4 for 4 in Cameron, Danny Green’s posterizing of Greg Paulus, and countless other great memories. Dickie V was there for all of those and they are what made some of these instances even more memorable. Even when I had the pleasure of attending a chapter in this rivalry last year, I raced home to listen to the replay to hear what Dickie V was saying as Carolina came back in the second half and then secured the victory. His voice, like it or not, is an integral part of this rivalry and one that will be missed.