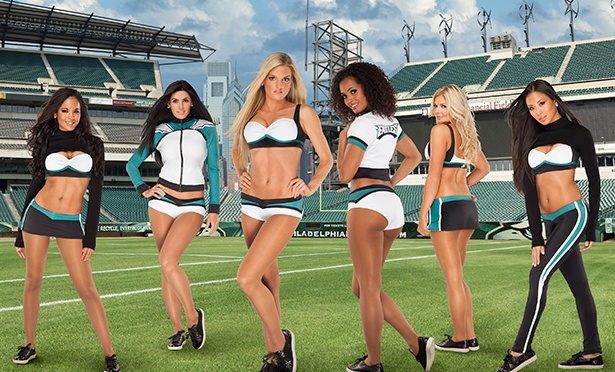 Week three proved to be yet another exciting one in the 2014 NFL season. The undefeateds lost more than half of their prestigious club as four teams dropped to 2-1 while only three moved on to 3-0. The Eagles, Bengals and Arizona Cardinals are all that’s left in the NFL that are undefeated. I am sure that is a sentence no one ever imagined to be spoken. The Oakland Raiders and Tampa Bay Buccaneers can’t buy a win as Tampa does not look like they are in lovie with Smith in their first season.

Week four is the first of those pesky byes and six teams have off for the weekend. There will be no Peyton Manning or Russell Wilson this week, nor will there be any of the surprising high-powered Cleveland Brown rushing attack of Terrance West and Isaiah Crowell. The Austin Davis led Rams will have a week to get their injury-plagued heads straight, and we have one guarantee. The Cardinals and Bengals will remain undefeated heading into week five, but if there is a way to lose a game on your week off, there is no doubt in my mind that Marvin Lewis would find out how to do it.

Don’t worry, folks. There is still plenty of football action going down. I will toot my own horn a little bit. The last two weeks I have been on fire with my mini-predicitions. That means this week, it should all come crumbling down.

Last week, I said the Saints had to blow the Vikings out of the dome or else they were in serious trouble. They came out looking as if they were going to do just that going up 13-0 in the first quarter. However, things came to a screeching halt. They wouldn’t score again until five minutes were left in the game. This was a Vikings team that had their starting quarterback knocked out of the game. Fine, maybe it was only Matt Cassel, but rookie Teddy Bridgewater came on and completed SIXTY PERCENT of his passes in his NFL debut. This same Vikings team is the same one that lost the best running back on the planet and has been the focal point of media scrutiny for a week, yet their defense (which lost their star player Jared Allen in the offseason) and offense helped them hang around with a team that is a perennial Super Bowl contender. The Saints travel to Dallas for a huge Sunday night bout. Drew Brees is going up against a defense that many projected to be one of the worst ever, but the Cowboys have not been that bad. Of course, two of their wins were against a third string QB in St. Louis and the floundering Tennessee Titans. This is the Cowboys first big offensive test, and the Saints need to thrash them. Brees should be able to pick this defense apart. The emergence of rookie Brandin Cooks has given him yet another toy to play with, and with Pierre Thomas, Jimmy Graham and Marques Colston, the Saints NEED their signature blow-out, prime-time win Sunday night. If the Cowboys get to 3-1, it may be time to believe that they are legit.

2. Are you ready for some football?

Monday Night Football is going to be one hell of a matchup. The Chiefs had the perfect cure for an 0-2 start last week: The Miami Dolphins. Much like the Miami Heat fan base after LeBron James’ exodus, it appears the once solid defense on the Phins is non-existent. Knile Davis and Joe McKnight filled in nicely and had a combined Jamaal Charles type of day going off for 135 yards rushing, 64 yards receiving and three touchdowns.

The Patriots are underperforming thus far in 2014. They were completely humiliated in a total second half meltdown in Miami to start the season and could barely hold off the 0-3 Raiders last week AT FOXBORO! It was so bad, Marky Mark was ashamed to give Bob Kraft a high five. Sure, they handed the AP-less Vikings a whooping, but that was all defense. Tom Brady has yet to eclipse 250 yards passing yet this season and I’m not sure Shane Vereen is aware he actually plays football. These are two teams many pegged as playoff bound squads at the onset of the season, and right now they are not playing that way. It’s Monday night, under the bright lights and awful announcing of ESPN, and both of these teams are looking for their statement game. Arrowhead is no easy place to play for a visiting team and Brady is going to be pissed off. It’s the perfect powder keg for an explosive night of action. 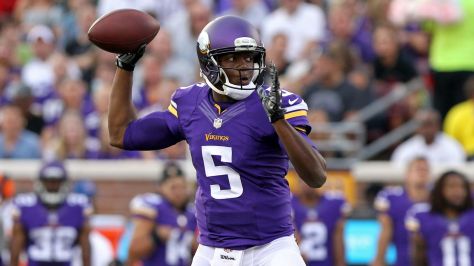 1. Welcome to the Bridgewater Era

To say the Vikings have had a crappy season is putting it very nicely. They made a name for themselves as blatant homophobes in the offseason in regards to gay rights activist and former punter Chris Kluwe which led to the suspension of Special Teams Coordinator Mike Priefer. Shortly after, the face of the modern day Purple People Eaters, Jared Allen, not only left town but went to the divisional rival Chicago Bears. Then came the turmoil of the AP controversy and the coinciding butt whooping from New England the same weekend. And now, starting QB Matt Cassel is done for the season.

There is hope, though, Viking faithful. This weekend, you get a glimpse of your future as Teddy Bridgewater gets his first start. He gets to tee off against the Falcons defense in Minnesota. As someone who lives in Atlanta and watches a lot of Falcons football, let me tell you, these aren’t your Jessie Tuggle-led Dirty Birds. In fact, they are pretty darn bad (aside from Delaware Fighting Blue Hen Paul Worrilow of course). Bridgewater will probably have a better debut start than Blake Bortles will have out in San Diego. The Falcons are flying high after the complete domination of the Suck-a-neers, but if they aren’t careful, Teddy may sneak one by them.

Game of the Week: Packers at the Bears.

I know what you’re thinking. Enough Aaron Rodgers love already. He’s on every commercial, he’s on every pop-up add, he’s always on ESPN, and the guy is 1-2 this season. The Packers haven’t even looked good in their two losses and much of that was on Rodgers himself. That’s why the Packers need this win. Can you imagine if the Green Bay Packers are not only 1-3 after four weeks, but 0-2 in the division?

Flip to the other side of the coin and Jay Cutler, Martellus Bennett, Alshon Jeffery, and Brandon Marshall are clicking. They are a fun offense to watch and once Matt Forte gets going (I mean really going), this team may be NFC Championship bound. Their defense is banged up a little bit, however, and Green Bay’s offense is not the best timing for injuries on the defensive side of the ball. This one can go one of two ways. The Bears dominate and expose the Packers as frauds, or the Packers come out and show the NFL that the NFC North is still theirs.

Survivor Pick of the Week;

This is not an easy week, but if you have stuck with me this far, you are still alive. San Diego seems like a layup against the Jaguars at home, but the fact that Blake Bortles is starting scares me a little bit. I really like the Colts as Andrew Luck has been the best player in the NFL thus far and after an impressive week one win for the Titans, they have looked awful. If you want to gamble a little bit, the Steelers are probably a good bet over the Bucs. I know they look like the worst team in football, but can the Bucs be that bad? The inconsistent Steelers may be a good team to come out of their slump, but Big Ben should hold them off for Blitz-burgh victory.