Well, folks, another week has come to a close. We had some tea and crumpets with a dominant performance at Royal Liverpool, we found a few morons with big mouths in the NFL, we enjoyed the MLB all star festivities, and of course we witnessed the amazing RE2PECT commercial. So here we go on yet another thrilling ride around the  world of sports! 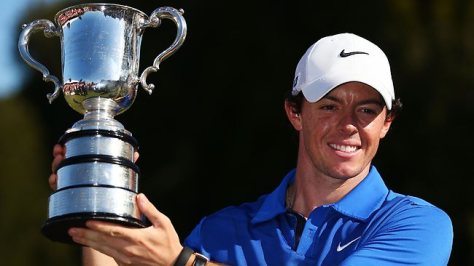 It’s about time Dunton got one right! As projected right here by Wayniac Nation’s own @dartbus1521, Rory McIlroy headed into Sunday’s action with a six stroke lead over Rickie Fowler sitting at an astonishing sixteen under! Dunton wasn’t the only one to predict McIlroy’s dominance this weekend. If you haven’t heard, Rory’s dad and some of his chums made a bet ten years ago that Rory, a mere 15-years old at the time, would snag the Claret Jug before he was 26. Minus an implosion on Sunday, Rory can makes his dad and his mates a bit richer today, turning their 400 British pounds bet into 200,000 pounds, or roughly 342,000 American smackers. How great a story is that? My father bet the mortgage that by the age of 40 I would have accomplished anything. Now, just seven months away and me being a sports writer of all things, it looks like my parents may need to find a new home.  A victory on Sunday from Royal Liverpool would give Rory the third leg to his career Grand Slam, 13 career wins, and help him try to return to that number one spot he once held. Not too shabby a track record for the first quarter of your life, Rory! 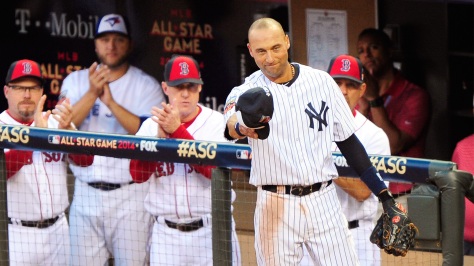 Turning to MLB news, the AL defeated the NL in the 2014 Midsummer Classic. The festivities began the night before as A’s slugger Yoenis Cespedes took home his second Home Run Derby title in as many years. Cespedes, in his three years in American baseball has 63 career home runs. In his two Home Run Derby appearances he has smashed 62 home runs. That’s astounding. This kid was built for the Derby and I hope he wins every year! That being said after watching Giancarlo Stanton smack a ball to the moon and then go homer-less in the second round, we all learned a very valuable lesson. Baseball needs steroids.

Tuesday evening’s All-Star Game was all about the farewell of Derek Jeter, and rightfully so. The 20-year vet is amongst the elite in hits and has started more games at the short stop position than anyone else to run onto a baseball field. Selig royally screwed up, however, without even a mention of the passing of Tony Gwynn. Gwynn wasn’t able to play in his final All Star Game and although he was invited to that 2001 game, he was mostly overshadowed by Cal Ripken, Jr’s home run in his final performance as well. It’s as if Tony Gwynn, who passed barely a month ago has been already forgotten. Shame on you, Selig.

Stepping off of my soap box, the game was actually fun. Jeter got two hits with a lead off double. Adam Wainwright stirred the pot a little by saying on national television that he threw a meatball to Jeter. Of course you did: I knew you did, you knew he did, we all knew he did, but you don’t say it. Mike Trout took home the game’s MVP Award going 2-for-3 with two RBI. The torch has been passed. Now, let’s hope the Yankees salvage any sort of season to get to the playoffs one last time for The Captain. RE2PECT!

Can you believe we are a week away from NFL training camp and 51 days from opening kickoff? You always know when the season gets close because Rex Ryan begins running his mouth. He told the Daily News that he was a great coach. Yea, and Geno Smith is an NFL quarterback. He’s so delusional it is rubbing off on his players. Newly signed Eric Decker says this team has enough offensive weapons to make the playoffs. Playoffs? Are we talking about playoffs? The Jets have a solid running game and a hefty O-line, and their defense isn’t shabby. The NFL is a passing league now and with Smith, Michael Vick, Matt Simms, and Tahj Boyd competing for snaps, the Jets may be in for a long season especially with that Bill Belichick and Tom Brady character looming in their division. I may be wrong. Maybe, just maybe, the Jets will show up and make me put my foot in Rex’s mouth… I mean, my mouth.

Elsewhere, the Minnesota Vikings are taking some of the heat off the Washington Redskins controversy by stirring up their own. Former punter Chris Kluwe claimed at the beginning of 2014 that he was released due to his stance on same-sex marriage and due to his beliefs he came under much mental torment from the coaching staff. An ongoing investigation has uncovered some truth as Special Teams coach Mike Priefer has been suspended three games without pay for being a blatant homophobe. Well done, sir. Keep showing the world that people in high paying, high profile positions can do whatever they want and get away with it with a mere slap on the wrist. Even without three games pay, Priefer is still scheduled to make six figures more than me.

Now that LeBron James has signed, the talk of the NBA is what it will take to land Kevin Love. Currently LeBron allowed the Cleveland Cavaliers to offer the last two first overall picks, Anthony  Bennett and Andrew Wiggins, for one of basketball’s elite big men. While that gives the Cavs a quite literal huge advantage over the rest of the East, it falls back into the pattern into which Miami fell. The Spurs have proven the easiest way to win in the NBA is not simply with three of the best players on the court, but nine others that can step on and play the same way. Miami didn’t have that. This trade will leave Cleveland with little on the bench. Tim Duncan gets number six. And I am still rooting for Miami to win the East this coming season!

Tyler Ennis signed a five-year extension with the Buffalo Sabres in the NHL this past week. The only reason I clicked on the article was because I thought they were talking about the former Syracuse point guard. Well played, NHL, well played.

There you have it. The highs and the lows of another Wacky Week in Sports. Till next week, start getting your fantasy football mock drafts going because The Nation is about to unload projections galore!