Well sports fans, March Madness is upon us. If you’ve been following along you are aware that the mighty Fighting Blue Hens are heading to the Big Dance. NFL free agency is also underway with names like Revis Island and Eric Decker changing places. In Florida and Arizona, though, Spring Training keeps on trucking along and so does your divisional previews.

The AL Central is a division that has quite a few unique claims to fame. They have the last Triple Crown winner. They made pine tar use very famous. One of the greatest sports movies ever was made about a team that calls their division home. Heading into 2014, they have one of the best teams in all of baseball. 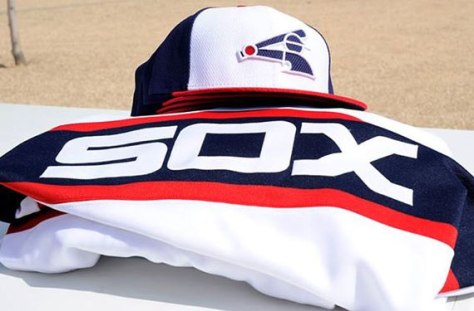 (Covers.com has the Over/Under at 76.5 while FanGraphs has them finishing 74-88)

Most people have the White Sox finishing ahead of the Twins this year but when push comes to shove they are both pretty bad teams. It could go either way. Any way you cut it, the whole city of Chicago is in for a long season so they better hope the Bulls make a really deep run in the playoffs!

The eyes of the baseball world will be focused on Jose Dariel Abreau, the 27-year old Cuban import who signed a 4-year deal for $68 million and should earn every penny. He tore up the 2013 World Baseball Classic batting .360 with 3 HRs, 6 runs scored, and 9 RBI IN SIX GAMES! With his nature ability and White Sox legend Paul Konerko hanging around one last season to mentor his replacement, Abreau should take home the AL Rookie of the Year Award. They also ignited their line-up with youth via trades by bringing in Adam Eaton and Matt Davidson. Eaton, as the new leadoff hitter, should immediately help improve a team that was second to last in on-base percentage last season. Davidson may still be a year away.

The starting rotation has a ton of ifs. Chris Sale, at only 24 years of age, is the ace of this staff. The White Sox could have upgraded the team overall with all of the trade offers for Sale this offseason, however they hung onto him for a reason. John Danks at one point had all of the tools to grow into an ace as well but he has been plagued by back-to-back injury riddled seasons. There is no guarantees he will ever regain his 2010 form. The rest of the rotation is young and inexperienced which rarely pans out.

The bullpen took the biggest hit this offseason. Gone are closer Addison Reed (who had 40 saves last season) and left handed specialist Matt Thorton. 28-year old Nathan Jones will step in as closer with zero career saves. Ronald Bellisario, Scott Downs, and Mitchell Boggs were signed in the offseason and have some closing experience, however there is a reason they didn’t stick as closers. The White Sox are in for a long season.

If you want a model of consistency take a look at the Twins. Two years in a row they have finished 66-96. That is the main reason I believe it can’t get much worse.

Their offense is in a holding mode while waiting on two of the Top Ten prospects in the AL. Miguel Sano, who many expected to break camp this season, needs Tommy John surgery and is out for 2014. Most experts have Byron Buxton as the number one prospect in the game. He will most likely start at Triple A but we will hear from him sooner than later. The line-up the Twins will field to start the season is more on the veteran side but still has some pop in their bats. Joe Mauer, now at first base, is still Joe Mauer and without the strain of catching everyday he could return to his old form. Josh Willingham, Trevor Plouffe, and Jason Kubel have all shown they could hit in the past. They need to do it again for this team to stay competitive.

They revamped the pitching staff bringing in two guys that, on paper, may seem mediocre. The Twins are hoping that a change of scenery for Phil Hughes and Ricky Nolasco is all that they need. Both could be a nice top of the rotation punch and at the very least they will eat innings. Crafty veterans Mike Pelfry and Kevin Correia fill out a rotation that will keep them in games.

After failing as a starter, Glenn Perkins has had nice back-to-back seasons shutting down games for the Twins. The rest of the bullpen is a bit shaky filled with a bunch of middling veterans. Samuel Deduno will most likely start the year in the pen coming off surgery but he could find his way into the rotation.  This will be a much better team than it has been the last three seasons, but they are clearly waiting on their future.

Wild Thing, you make my heart sing. This team isn’t as bad as that Indians team started out. In fact, their line-up is pretty sick. It’s what they lost in pitching this offseason that will ultimately hurt them. Maybe they can get vaseline-baller Eddie Harris out of retirement.

The line-up from the leadoff spot to the nine hole is stacked. Michael Bourn isn’t getting any younger but he makes Willie “Mays” Hayes look slow. Nick Swisher is still one of my favorite players in the game as he is the ultimate model of consistency. I’m willing to bet he bats .240 with 25 HRs, about 85 RBIs, and tons of walks. Jason Kipnis is threatening to become the best second baseman in baseball as he is evolving into a solid 5 tool player. Carlos Santana’s numbers, which are already stellar, will benefit now as the full time DH with the emergence of Yan Gomes at catcher. Throw in newly resigned Michael Brantley and veteran Asdrubal Cabrera and this team is going to score a lot of runs and hit a lot of dingers.

The problem is how many runs the other teams are going to score against them. Ubaldo Jiminez and Scott Kazmir are gone leaving Justin Masterson as the lone ace of this staff.  At 28, I can’t figure out if he is a work in progress or has peaked. One thing is for certain: when he is dominant, he is lights out as evidenced by his 3 complete games shutouts in 2013. The rest of the rotation is young and could be decent as Zach McAllister and Corey Kluber showed a lot of promise last season.

The bullpen remains the same mess it was before they let Chris Perez go. John Axford is no Rick Vaughn. The rest of the bullpen will struggle to close out games, but this team will win games off their bats alone. As long as no one steals Jobu’s rum that is.

The only promising stat to point out about the Royals’ playoff history is that the last time they made the playoffs they won the World Series. Unfortunately that was 1985. That drought ends this year as you are looking at one of this season’s AL Wild Card teams. You can ask Jay Scott, I have been hyping this team of youngsters for three years now, and finally it’s their turn.

The main reason this team will make the playoffs is because of the MVP performance Eric Hosmer is going to put together. I haven’t deemed him the AL MVP just yet because of Mike Trout and Miguel Cabrera, but I’m tempted. He’s 24 now and he has teased us for a few years but he’s ready to become the team’s leader. The heart of this line-up is young but have been playing together for several years and are finally ready to click. Hosmer, Billy Butler, Alex Gordon, Salvador Perez, and Mike Moustakas are primed and ready to take this franchise back to the playoffs. This is the stuff dreams are made of, kids. All five are homegrown talent, and aside from Perez, were top 15 picks in the first round of their respective drafts. They’ve made it to the bigs together and now they will make a run at the MLB playoffs.

The pitching staff is a bit shaky but they should be just fine. They are anchored by James Shields in a walk year so he is ready for a Cy Young-type season. Top prospect Yordano Ventura is making a very strong statement this spring to start the year in the rotation. The rest of the staff are crafty veterans (aka junk ballers) who seem to find ways to win.

The bullpen is strong as Greg Holland is one of the best closers in the biz. Set-up man Aaron Crow is a former All-Star. Wade Davis is a good swingman in case someone in the rotation suffers. Get ready Kaufman Krazies, it’s time to have fun again.

They lost Prince Fielder. They lost Doug Fister. They acquired Joba Chamberlian. Despite all of the negative offseason moves, the Tigers are just fine. It’s easy when you have the best hitter and pitcher in the AL.

Ian Kinsler comes to Detroit with a massive chip on his shoulder wishing an 0-162 on his former club. As long as he and Torii Hunter get on base regularly they will score a thousand runs with Miguel Cabrera right behind them. He is so good. You can put 8 shlubs on the field and as long as Cabrera is batting 3rd they will win games. The guy won a Triple Crown. That’s not a big deal for you old farts, but for me it’s the only one I have ever seen. For that reason, no matter how good Mike Trout is becoming, until Cabrera loses a limb, he’s still the best hitter in the game.

Then they have arguably the best pitcher in the game. Justin Verlander is silly good. He had a “down year” last season with 13 wins, 217 Ks and a 3.46 ERA. Read that again. He has four top-of-the-line pitches and a fastball that increases in speed later in games. Go ahead, read that one again, too. Following him in the rotation is reigning Cy Young Award winner Max Sherzer and behind him is reigning AL ERA Champion Anibal Snachez. Do the other two pitchers even matter in the rotation?

The biggest problem the Tigers have had the past few seasons (and probably the reason the haven’t won a World Series) was their bullpen. They fixed that problem by signing Joba Chamberlain from the Yankees. Ok, ok, I’m done with the Joba jokes. The Tigers now have Joe Nathan,  who has averaged 40 saves a year the past two seasons, closing out games. Flamethrower Bruce Rondon will set him up and be ready to take the reigns when the 39-year old closer hangs it up. This team is making a deep run into October this year and I’ll probably lose more money to Ted Reed.

2 thoughts on “Yo, Bartender, Jobu Needs a Refill”